“A few hours after Adrian Shephard and his squad got scattered allover the Black Mesa Complex, headquarter sent a rescue team to search the lost crew.

Finding himself in the misery a soldier tries to do the best out of his lonely situation. Searching for allies he quickly becomes a major part in an issue he´s never been training for.”

This was March 2017’s Classic of the Month mod.

Basic Details
Important Note about the files and mod

This mod was originally designed to work on a standalone installation of Half-Life. Since most people now have access to Steam it caused quite a few issues. There are two files below and both work on Steam – and both require Opposing Force. One is for MapTap, the other for manual installation.

THIS FILE IS FOR USE WITH MAPTAP AND OPPOSING FORCE ON STEAM.

THIS FILE IS FOR MANUAL INSTALLATION AND OPPOSING FORCE ON STEAM. 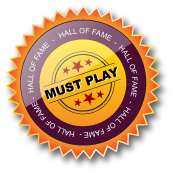 Click on the thumbnails below to open a 1024 pixel wide image.
Please note that due to the recent Half-Life update, all my screenshots from image 157 were corrupt – sorry.
WARNING: The screenshots contain spoilers.