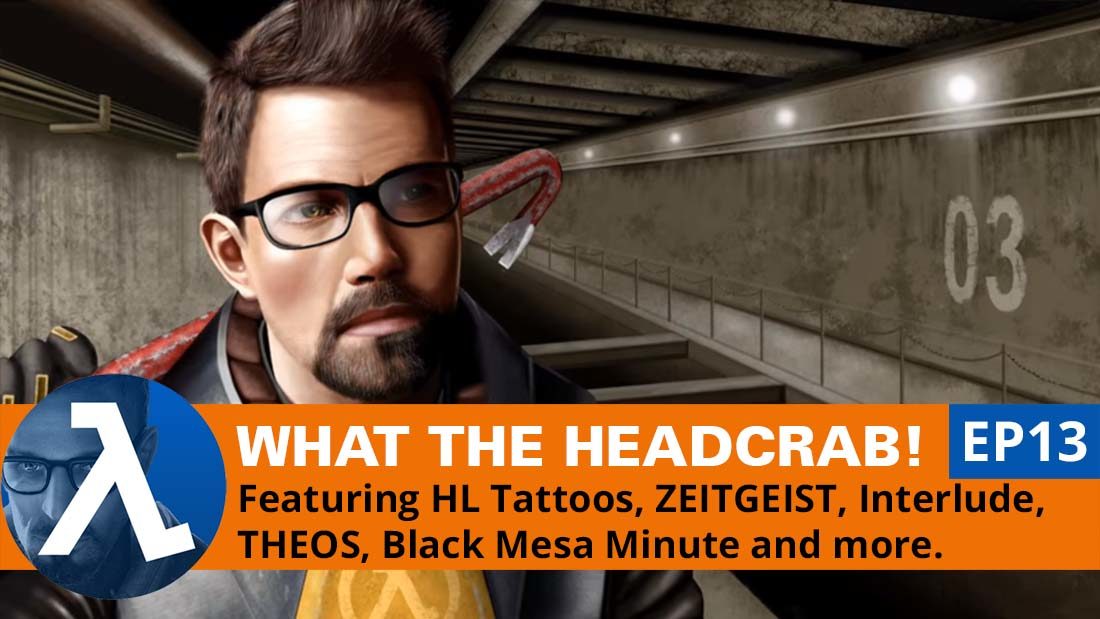 What The Headcrab! Ep 12

The Renegadist mentioned that some of the content from Modificated seems to have been stolen from Paranoia. Can anybody conform this? How do you feel about stolen content. What should happen to the devs?

Ballistic is a bloke – congrats to HIM.

And Robotic Terrorist thanked me for pointing out how freaking realistic the RTB AK47 looked.

Nothing. No, seriously, nothing. But I’ll be adding some stuff tomorrow.

Become a RTSL YouTube channel subscriber, select your “Pick of the Episode” via the YouTube comments for a chance to win
Interloper, an online multiplayer real-time strategy game with matches that take only 5 minutes.

Last week’s winner is announced in this episode via RandomCommentPicker.com. The game they won is The Stanley Parable.

Both games are courtesy of Aaron from SteamContests.com. Check out his site for many more game giveaways.

Would you get a Half-Life Tattoo if it were free? In fact, let’s have this thought experiment:
Valve said they would release Half-Life 3 once 100,00 have a special tattoo inked. For example, the tattoo was the new HL3 logo.

Would you get it done?

Show me your Valve-inspired tattoos.

Off topic to finish, whilst looking for those HL tattoos, I came across the concept of single line tattoos and I was blown away – what a great idea!