I have been planning this Real Theme for quite a few years but never got around to actually posting it.

Unlike other Real Theme post that focus on one location, this one is more about the material and its possibilities.

I love concrete, no really. Anything built with concrete, especially large unusual structures fascinate me.

With that in mind, I present to you a variety of buildings and structures for inspiration when building maps.

Welcome to the fifth and final challenge from The Hammer Cup 2016, which has a Grand Prize of a NECA Gravity Gun, plus other prizes for second and third places.

This mod contains 10 entries, each with their own style and setting.

For this challenge, entrants were allowed to use ANY previous Ville theme, except one of the previous four from The Hammer Cup 2016. 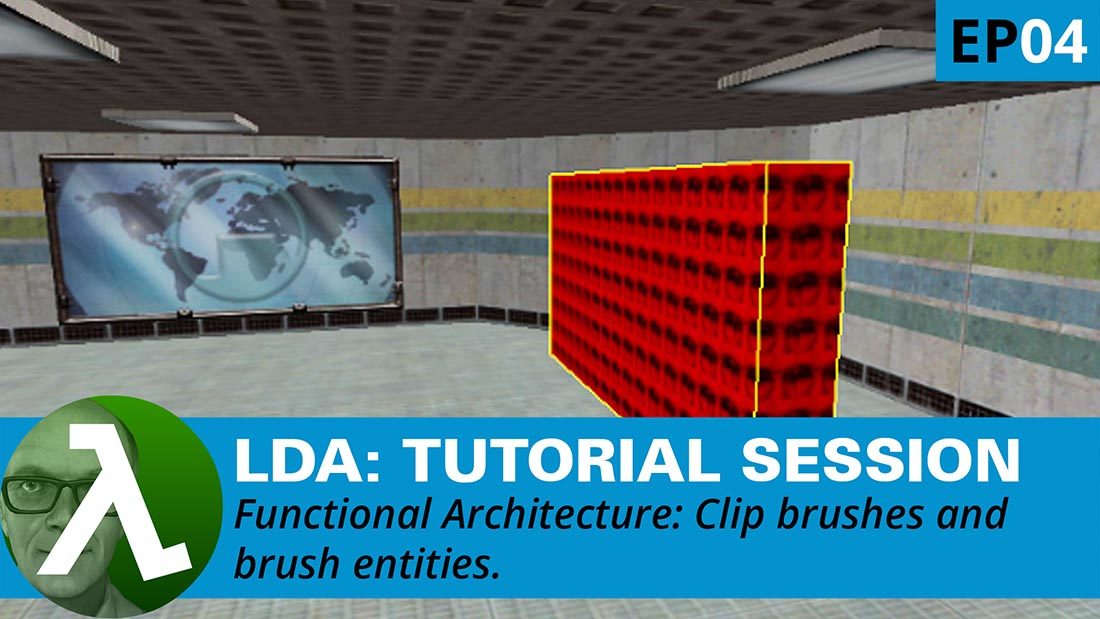 Please visit its homepage for full details of the Level Design Academy project.

SESSION OBJECTIVE:
To teach the viewer to understand and use clip brushes and brush entities.
This video contains explanations of the concepts and exercises for the viewer.

July this year has 5 weekends, so we don’t have any planned events. However, Phillip will be continuing his playthrough of The Closure and Level Design Academy: including another tutoring session with Don and at least one practice session.

All times below are Phillip’s time, which is displayed in the footer of the site.

The Closure stream will be at 11:00am Central European Time on Saturday 30th.

LDA: Practice Session 10 will be at 3:00pm Central European Time on Saturday 30th

Another The Closure stream will be at 11:00am Central European Time on Sunday 30th.

LDA: Tutoring Session 5 will be at 3:00pm Central European Time on Sunday 30th. This session will include a review of previous work, issues arising from Phillip’s practice sessions, decals and finishing the brush entities from the last tutoring session that was cut short.

All streams will be uploaded to the RTSL YouTube channel during the following week.

If you have any questions about the streams, just ask.

In addition, Phillip will be interviewing Shokunin, creator of Transmissions: Element 120, very early Saturday morning, with the video/podcast hopefully being uploaded later that day.

Sorry to have so many poll questions about HL3 lately, but the modding scene is a little quiet at the moment.

We all have our pet peeves; things that drive us crazy and with the recent leaks of supposedly HL3 stuff in lines of code, the anticipation has reached new heights.

With anticipation comes disappointment and not just from delays but from not getting what we expected, so this week’s poll question tries to address that exact idea.

For you, what’s the worst thing that could happen in HL3?

I could live with no new weapons, enemies, or vehicles – although I don’t think for a moment that Valve would release HL3 without those things.

What I couldn’t live with is a big change to the gameplay mechanics and dynamics. I play HL games because of the setting and shooting, if you took the shooting away I wouldn’t be interested.

Like many areas of the facility, the wing had gone into quarantine following the resonance cascade in a vain attempt to contain the invading organisms.

Gordon would have to find someway, or someone, to lift the lock down if he was to escape. 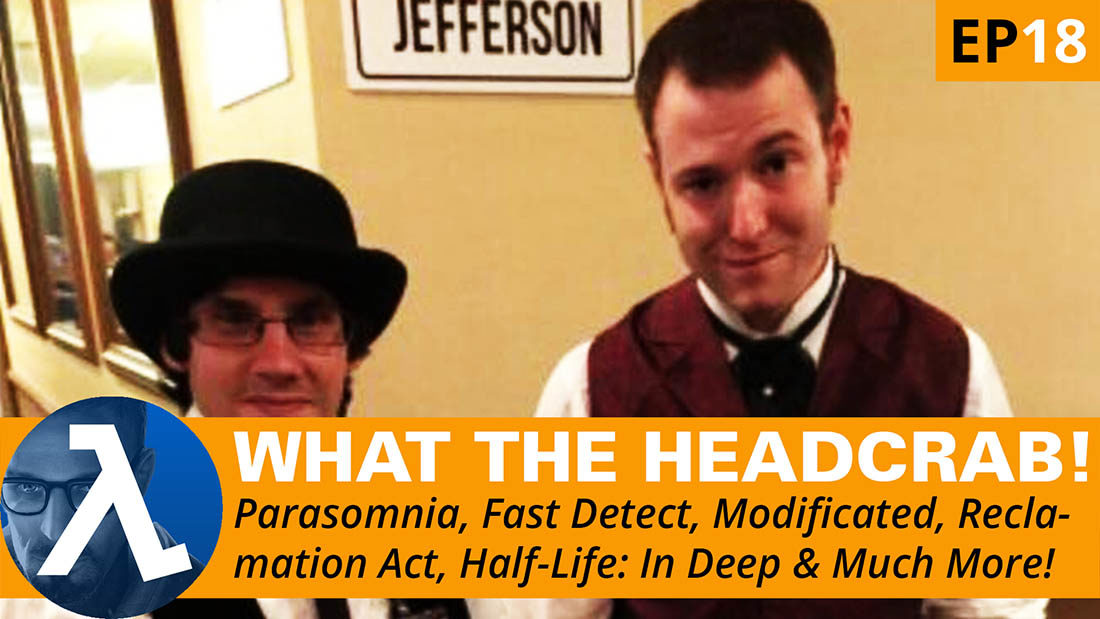 Hello and welcome to What The Headcrab! Episode 18.

I have another mod-packed show with plenty of Half-Life news items to keep your Houndeyes Hunting, your Barnacles Biting and your Antlions Aching.

As always, there’s a giveaway courtesy of A A Ron from SteamContests.com and news from RTSL. Due to time restriction, no Misc section, Half-Life trivia Lore or YouTube channel spotlight – sorry.

The Renegadist is looking for a mod. Can you help?

“So plain and simple I’m looking for an old Half-Life 2 mod, if this is in the wrong section feel free to move it since I usually never post on the forums.

Basically this was an old mod I played over five years ago that I have not been able to track down since which leads me to believe it was removed. I don’t remember much about it because it’s been 5 years since I’ve played it or longer but from what I do remember I’ll write down here.

From what I remember the main plot of the mod was that both the Combine and the Human rebels had formed a piece treaty and now both factions were against the player (Both Combine and Rebels shooting at you.). There were parts of the level that I remember playing, one of which took place in a mine shaft filled with zombies and rainbow colored water (This I distinctly remember), there was a farm or something with hay bales, and finally a chapter devoted to driving on a road in the middle of a forest in the HL2 Ep2 Jalopy. I believe the main crowbar was replaced with an Axe and if I remember correctly a few other weapons were different from the default Half-Life 2 weapons. There was a part on the forest chapter where you walk into a concrete building to press a button that did something, maybe to launch a rocket but I’m not sure. I don’t remember the name of the mod however I do believe a radiation warning logo was in it, or at least on the menu screen which showed sections of the forest road chapter.

I know you are going off of bits and pieces however the fact that the plot is so different might help with finding it, in the case that the mod was removed or deleted if anyone has the mod I’d love a download link for it. Other then that I can’t really say much more since I only remember bits and pieces of it, if anyone has any questions or anything concerning the mod please feel free to ask away. The Moddb community is huge and the amount of Half-Life 2 modders and fans of mods is huge, hopefully one person out there knows what I’m talking about.

Thanks and here’s to hoping someone knows what mod this is!”

The featured image is used for illustration purposes only and is NOT taken from the mod.

Questions like these are always more of a “depends on…” because there are some many factors. But assuming the quality and fun was more or less the same, which would you prefer to play?

I generally find Total Conversions interesting but ultimately lacking and that’s fully understandable considering we are comparing an amatuer mod to a AAA game developer with huge resources, but sometimes TCs can offer the player something new and that might be enough to please the player.

Is something shorter but new worth more than something known but longer?

If I had asked this questions 5 years ago, I would have chosen the known but longer option, but now I think I’d rather have something new.

If you are curious, I do have some Total Conversions listed on the site.

First off, Dan Jordan AKA The Rabbit, continues his Source of Fame event, where he plays a Half of Fame Source release.

Secondly, Phillip MIGHT be continuing his Level Design Academy: Practice Sessions. But he won’t know until the last minute, so keep an eye on the RTSL Twitter or FB pages.

All streams will be uploaded to the RTSL YouTube channel during the following week.

If you have any questions about the streams, just ask.