The original ElevatorVille was a 10-day mapping challenge run way back in 2012. That challenge had some specific rules, but this one is much easier: just make a map that features an elevator!

Bonus maps (which can’t win but are judged and scored) are accepted until 3 days after the end of Atom Week (March 24th). 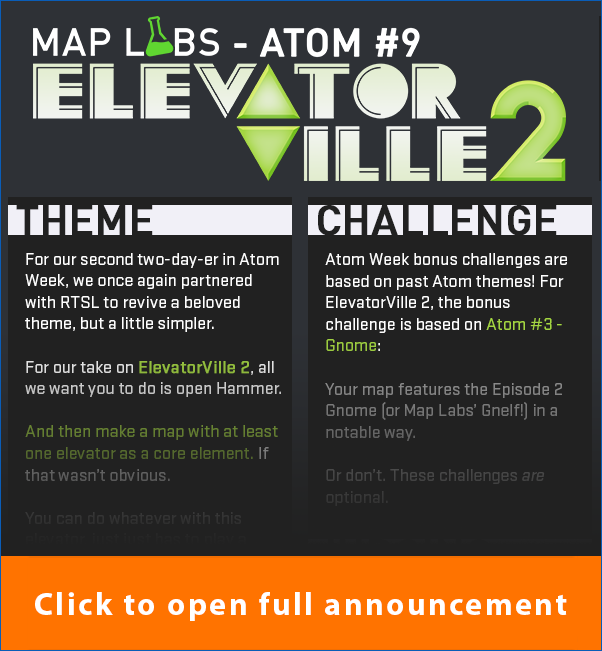 And if you’re not already there, join the Map Labs Discord for good discussion & a great mapping community.

The deadline for submission is Saturday 20th March 2021.